Computational design is a growing field of people using technology to innovate and reflect on the creation of traditional and new art and craft processes. Fab labs are well established spaces where novices are introduced to creative outputs through the use of digital fabrication tools. The idea has grown since around 2000, now encompassing a worldwide network or people, tools, and pedagogy.

We’ve built a number of tools to support these explorations in Fab labs, but the most popular and long-lived one is our Box Designer. Enter dimensions and PDF Designer will generate a design file you can use to cut out a notched press-fit box on a laser-cutter. Over the last 10 years, people are used it to create over 2.5 million box designs. BoxDesigner began as a java desktop app back in 2001, then migrated into a Ruby web-app that spoke to the java design library, and now is an open-source Python web-tool and library that has integrated changes from many other developers. 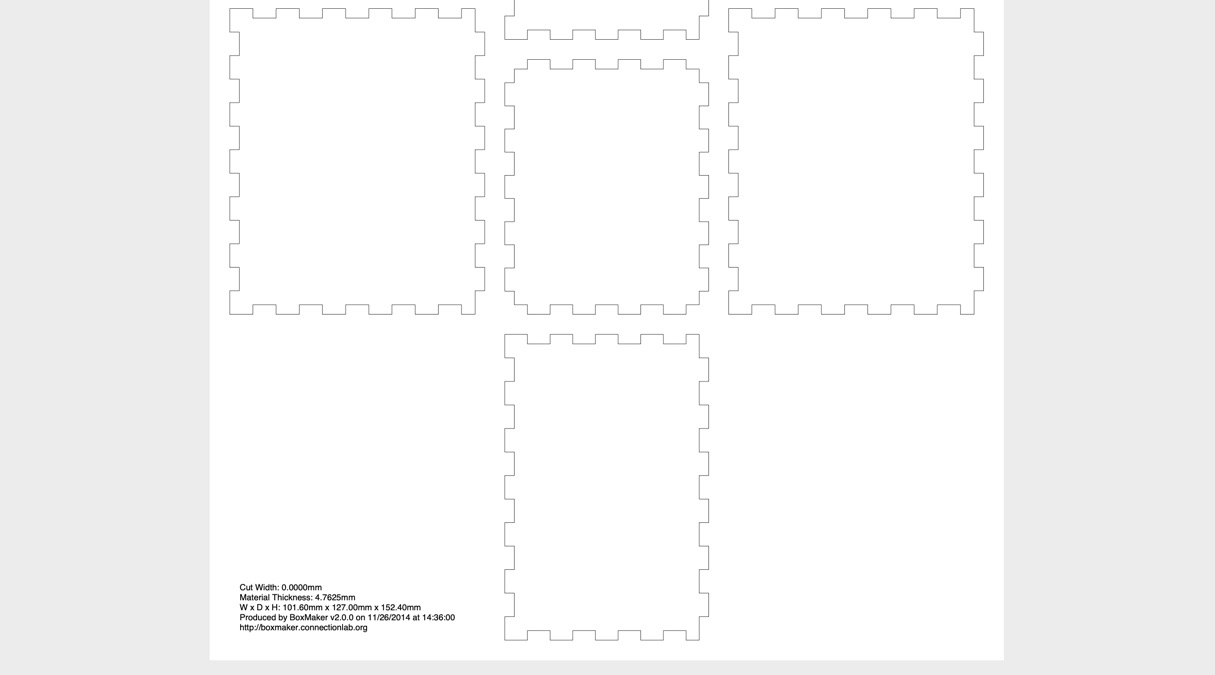